I remember a long time ago when I envied a priest or an altar boy wearing a cassock and a neat surplice. That was when I was still a young kid. As I grew up, I asked myself when can I wear one, and as I reached the part when I entered the guild of altar boys, I became pretty excited with wearing the cassock and surplice. This excitement and fascination is still with me until now, and a witness to this is the number of cassocks and albs I have at home. Some I gave away, and a pair of clerical garb, one cassock and one alb is still with me now.

Now that I am in the seminary, I am still proud that I can wear my cassock and that whenever I serve, attend processions or am in occasions where we are asked to wear one, I still feel happy and glad. Why?

To explain everything, I will use the story of Blessed Rolando Rivi, an Italian seminarian whose life I read recently and made an impression on me…

“Rolando wore his cassock and white collar with pride, even in vacations in the hot month of summer. Some of his peers who normally sought comfort didn’t wear the cassock and even some of his relatives told him: “You are on vacations, take off your cassock, be freer to move and play…” He answered: “I don’t have to take my cassock off, I can’t, it is the sign that I belong to Jesus!”
His cassock was not for him a human or social barrier for relationships with others. It was not an impediment for the development of his activities, even the recreational ones. The seminarian Rolando Rivi was a very active young man.
After having “amazed” the kids of his town with his abilities and his virtues he used to propose to them: “Now let’s go to pray to Jesus in the church.” He took the opportunity to lead them to the front of the altar and teach them to relate to Jesus, who was his best friend.
Everyone knew how affectionate he was to his cassock. He wore it always.
It was very common to see him walking the streets of San Valentino, normally going towards the Church alone or with others, always smiling in peace, ready to say hello to everyone, always with his austere cassock.”
(P. Alfonso Maria Bruno, F.I., Rolando Rivi: The testimony of the bloodied cassock, Congregation for the Clergy website)

Essentially that explains it… the cassock signifies belonging to Jesus Christ in a special way, that is of being a future priest or of cooperating in a priestly work. Being in a cassock or even in a clerical shirt signifies union with the priesthood of Jesus Christ. Or even without them, at least we should even try to act like priests and seminarians, so that others may recognize the Christ working in all of us, the Christ willing to serve and sacrifice…

In reality, one of the saddest realities of priests and seminarians today is that some of us always try to hide our identity, by not wearing the proper garb, or even acting like one, because they don’t want the respect given to them by the members of the Church, or because they don’t want to be caught in places where they shouldn’t be…. And another saddening reality is that of laity dressing up like priests and seminarians and acting like they are better than clerics… Is there really a reverse of roles today? Priests trying to laicize themselves and laity clericalizing themselves? Wah!

(And oh, we’re not really in a persecuted land, so hey, why hide?)

(I’d ask a ranter from TPC-The Pinoy Catholic to come over and give a heavy rant!)

The cassock really- is a derivative from monastic garb. So this brings us to our first point, the cassock helps us realize our need for self-denial and self-abnegation. The wearer of the cassock should bear in mind that the Lord is his inheritance and his portion and cup- according to the traditional formula when the seminarian is given the cassock in Tonsure. This should shun away those clerics, seminarians and laity who like to show off themselves in clerical garb for food, money and cash!

Next point, the cassock helps us to ponder closely on our model-Christ our Lord. Being vested with the cassock should enable its wearer to live in virtue and holiness. Imagine someone who proudly wears a cassock during the day and molesting young kids in the night or doing MYSTERIOUS things in the night…. Horrendous! Horrible! or to least express ourselves…. Yuckkkkkk!!!!!

Yet, a disclaimer….. I am not telling all of those mentioned, our venerable Fathers and brothers, to go around in flowing cassocks all the time… No! We should at least bear ourselves fitting to our dignity, and wear suitable garb and at least wear the cassock and clerical garb at the proper times.. (we all know when those will be)

(And a special tip of the hat and kind regards to fellow admin Nico, who recently obtained a new white cassock... his new cassock and my prayers inspired me to do a commentary on this, while waiting for the dryer to do its thing on my cassock...)
Posted by Kuroyanagi Ryou at 6:18 AM

Mary, Mother and Directress of Seminarians 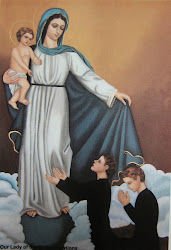 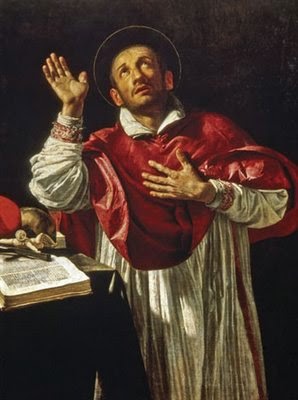 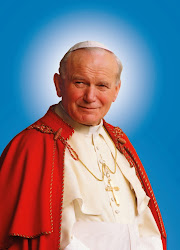 This blog pledges obedience and trust to the Pope

Father and Shepherd of our Diocese

A prayer in discernment

I have no idea where I am going.

I do not see the road ahead of me.

I cannot know for certain where it will end.

Nor do I really know myself,

And the fact that I think

that I am following your will

Does not mean that I am actually doing so.

But I believe that the desire to please you

does in fact please you.

And I hope I have that desire

in all that I am doing.

I hope that I will never do anything

apart from that desire.

By the right road

though I may know nothing about it.

Therefore I will trust you always

though I may seem to be lost

And in the shadow of death.

I will not fear, for you are ever with me,

And you will never leave me to face my perils alone.